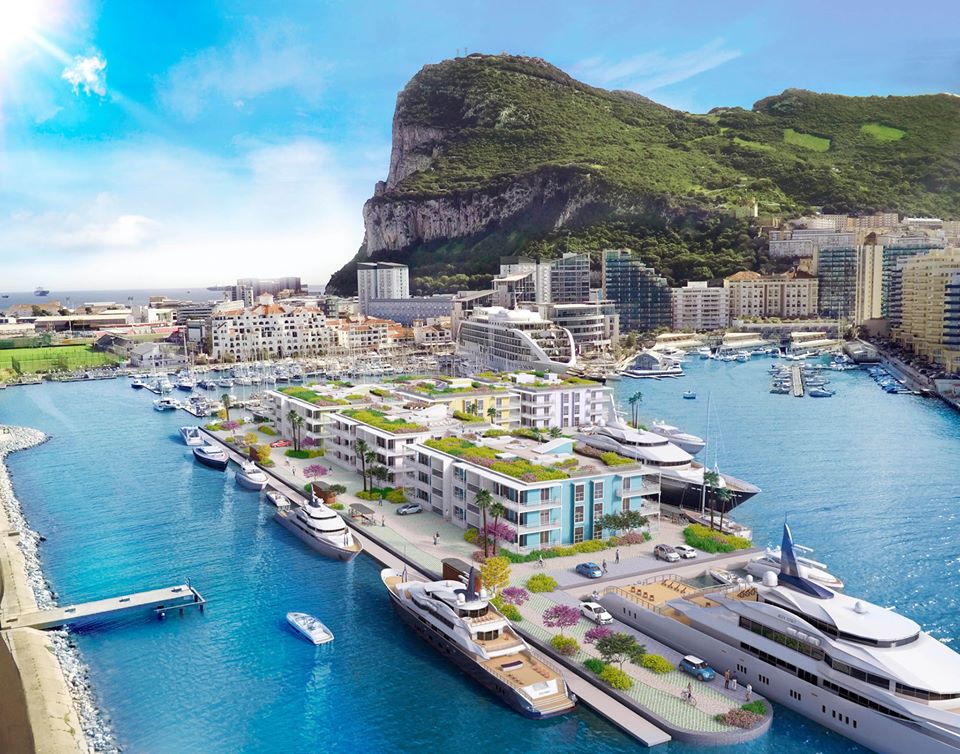 A multi-million-pound investment is being undertaken at Gibraltar’s Marina Bay marina which will include a network of brand new Marinetek pontoon berths. Formerly a separate 252 berth marina, Marina Bay was purchased by Ocean Village owner and chairman, Gregory Butcher in 2006. Mr Butcher made Gibraltar his home in 2004 and has personally invested millions into the area.

Work is already underway with the first stage of development of this world-class project, which is replacing the old concrete Mediterranean-style berths with their cumbersome mooring lines, originally installed in the 1980s, and making way to install the new floating finger pontoons which facilitate easier access to berthing for boat owners.

The number of berths will be increased from 252 to 280 and will include a good number for vessels in the 15-18m (49-59ft) range as well as 12 fully serviced and carefully designed superyacht berths for yachts up to 100m (328ft). The latter will have new power and water connections; data links and pump-out facilities. The majority of new berths will be completed by the end of 2020.

The Ocean Village Marina features some of the most modern and exclusive residential developments in Gibraltar as well as restaurants, nightclubs and the Gala International Casino. Leisure Island is the hotspot for local nightlife where clubbers can dance the night away. Its stylish World Trade Centre hosts high-spec office space.

Being within walking distance from the airport and the border, and just a stone’s throw away from Casemates and its main bus station, this location is very convenient and at the same time it retaining all the charm of a luxury holiday resort with modern high-rise buildings, roof gardens, gymnasium and swimming pools.

The Ocean Village promenade conveniently flows into to the older Marina Bay both offering a fine selection waterfront gourmet restaurants and branded shops.